The Wildlife and Countryside Act 1981 can have an impact on building work close to or adjoining any waterways.

Under the Act, it is an offence to intentionally kill or injure various species of plants, animals or birds that are in danger of extinction or to interfere with places used for shelter and protection by them.

The protection of the WCA covers many species including otters, newts, frogs, toads, snails and water voles.

New legislation came into force in England in April 2008 extending the level of protection. It is now an offence, even if unintentional damage has been caused to an endangered species or its habitat, if it is reasonable to expect that the person who caused the damage, should have foreseen it as a consequence of their actions.

Before this new legislation came into force, it was only necessary to prove that the damage caused was intentional for an offence to have been committed.

In a recent case, a Wiltshire couple was ordered not to clear an overgrown ditch that had caused their farmhouse to flood several times. The ditch, they were told, might be a habitat for the great crested newt and would have to be assessed for potential damage to the creature’s habitat.

The check is likely to take months and in the meantime the farmhouse will continue to be at risk of flooding.

As always, if you need pragmatic legal advice, we’re here to help so please get in touch.

Buying on an estate? Beware of rentcharges

Recently, the government said it intends to ban the sale of houses on a leasehold basis; to put an end to the practice of developers imposing escalating ground rents and… 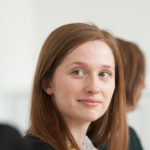 License for alterations – do I need one?

As a team, we’re regularly asked by tenants proposing to carry out work at their premises if they really need to document the plans. Often, the landlord has already told…

The Leasehold Reform (Ground Rent) Bill is intended to put an end to ground rents for new qualifying long residential leasehold properties. Currently, freeholders can charge as much as the…