The government has just published details of proposed new immigration rules, which will be phased in from 2021.

As anticipated, workers arriving from outside of the UK (including workers from the EU) will be required to apply for a work visa under a points-based system and be sponsored by a willing employer. This will effectively create one immigration route for skilled workers wishing to work in the UK.

Under the present points-based system, an individual wishing to obtain a work visa must demonstrate that their role meets a minimum skill level (equivalent to degree level) and that they will be paid a minimum salary (generally £30,000 per annum). The new system significantly reduces this minimum skill level, however the minimum annual salary is proposed to remain the same – although the Government is willing to consult on this point.

The immigration skills charge will remain, so a business wishing to sponsor a worker will be expected to pay £1,000 upfront for each year they intend to sponsor an individual. The business will also be required to apply for a sponsor licence from the Home Office as is required under the current system.

Further proposed changes are the removal of the cap on the number of skilled workers allowed a visa each month (which will significantly reduce pressure on the NHS), and the removal of the resident labour market test (a set of rules which dictate the recruitment process when employing migrant workers). Both of these changes should make it easier and quicker for businesses carrying out global recruitment.

The proposals further demonstrate the government’s focus on ensuring businesses comply with immigration rules. Of particular note, is the proposal that checks will be made on sponsoring employers for ‘retrospective compliance’ with their sponsor licence duties.

A temporary short-term worker route is also suggested. This would enable individuals to work in the UK for a maximum period of 12 months without being sponsored, and the existing youth mobility scheme is proposed to be extended to eligible residents in the EU.

As always, our employment law team is here to help – so please get in touch for advice and support.

An employment law masters’ graduate with extensive experience in employee relations and negotiations, as a trainee solicitor, Helen helps the employment team across areas such as legal research, drafting employment policies and tribunal preparation. She also advises businesses on immigration matters and assists them with securing sponsorship licences.

Right to work checks and EEA citizens working in the UK – what’s changing from 1 July?

From today (1 July 2021), citizens from the European Economic Area (the EU plus Iceland, Liechenstein and Norway) (“EEA”) will no longer be able to rely on their passport or… 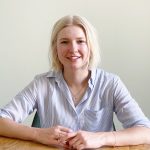 Employing people from outside of the UK after Brexit: Q&A

The government has unveiled further details about a new immigration system that will be introduced as a result of the UK’s exit from the European Union. In this article, we…

Brexit Q&A: How will the new immigration rules implemented after Brexit affect my business?